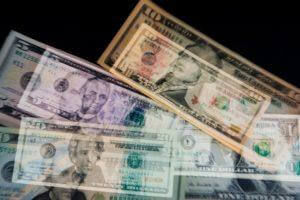 Since LED signs began hitting the market over a decade ago, this powerful messaging tool has grown in popularity among business owners. LED signs offer flexible, dynamic and high-definition messaging that is simply unmatched by other signage solutions. An LED sign in front of any business speaks volumes about the company's willingness to invest in their company and desire to communicate effectively with their customers.

Yet, with all of the benefits of LED signs, they are still a significant investment for any business.  It is important to recognize that an LED sign purchase is an advertising expenditure, rather than a capital investment.

The Real Power of LED Signs

Business owners often question whether they can afford to enhance their location with an LED sign and feel constrained by their budget for a capital investment.  In fact, LED signs are much more than just an upgrade to physical location – they are an advertising tool.  The U.S. Small Business Administration cites "Signs are the most effective, yet least expensive form of advertising for the small business." LED signs in particular are on the most powerful advertising tools for increasing traffic and sales. Looking at LED signs from this perspective changes the math, literally, and shows why a company's advertising budget should be considered when purchasing an LED sign.

Advertising that Works for You

There are numerous benefits to LED advertising that are simply unmatched among traditional advertising platforms like television, radio and newspapers. With an LED sign, you can set your own schedule, running messages for as long or as short as you want. You can even switch the message rotation throughout the day.  Television, radio and newspapers cannot offer this kind of flexibility, without being completely cost prohibitive. LED signs also give businesses the flexibility to adapt to any changing situation. LED signs can advertise umbrellas during a rainstorm or special promotions after a local sports team wins.

The opportunities are endless. No other traditional advertising medium offers businesses the kind of flexibility and adaptability for their messaging. Geographic proximity is another big benefit of LED sign advertising.  The opportunity for a company to communicate with potential customers already at their front door is invaluable. We hear from business owners all the time that LED sign has brought in new customers who report they "saw the sign and decided to stop in and check it out".

LED sign advertising in an incredibly cost-effective advertising tool. This is measured by calculating an advertisement's cost per 1,000 impressions, or CPM. LED signs have an incredibly low CPM, as little as $0.15, in a typical American town. For comparison, an average newspaper CPM is over $7. A low CPM means a business can reach a much broader audience for less money.

Because LED signs are such a smart advertising tool, it is important for your business to divert some of your advertising budget to help pay for the LED sign. Many companies find they can reduce their budgets for radio, television or newspaper ads because their LED sign is so effective. Do the math. Look at your local advertising options, your expected audience reach and calculate the CPM.

As you consider where your advertising dollars should go, it is important to understand how the effectiveness of television, radio and newspaper is changing. Take a look at the chart below to see how these advertising mediums have suffered in recent history due to the advancements of technology.

A Return on Your Investment

If you invest in an LED sign as a powerful advertising tool, you are sure to reap the rewards. According to the SBA, small businesses enhancing their signage with an LED display typically see an increase in business of at 15%. Every day we speak to customers who have seen incredible results from their LED sign investment: new customers, an increase in foot traffic, dramatic increases in sales and greater recognition in their community.

The ROI they see from their LED sign investment helps these companies grow and expand their business, opening new locations and expanding their footprints. As they plan for these new locations, many tell us they consider an LED sign at their new location an absolute necessity.