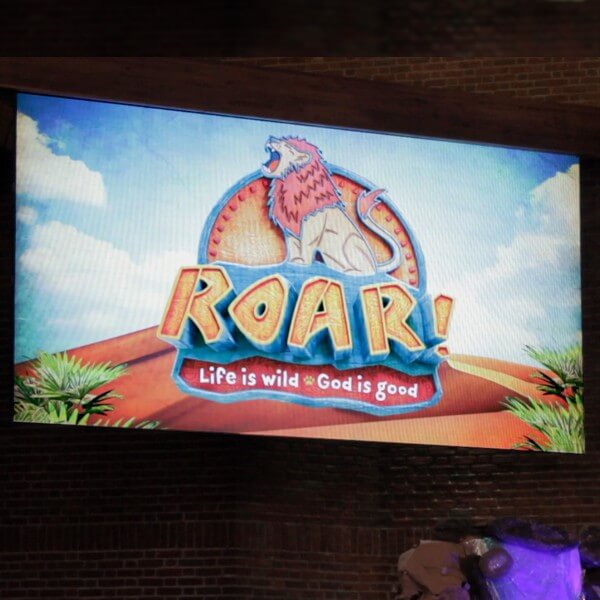 When the old projector system at Homewood Church of Christ in Birmingham, AL, started to fail, the leadership began looking at their options. The original long-throw projector system was installed in 2003, and over time the images became muddy and lost their contrast. The leadership investigated replacing the projectors but found that the expense of updating the outdated system was the same as replacing it with a digital screen system.

The Tech Arts Minister at Homewood Church found that the long-throw projector systems were similar in cost to the improved LED screens available. He also found that the LED screens would save the church money in the long run because they are a relatively low-maintenance solution. One challenge with the projector system is the fact that the equipment is mounted on the ceiling or walls, making it difficult to reach. If anything malfunctions on the projectors, someone would have to use a scissor lift to change burned out bulbs, clean filters, or perform any regular maintenance.

The LED screen system is much more reliable and requires less upkeep than the projectors. The LED video walls were precisely the solution that Homewood Church of Christ needed. In addition to being low maintenance, the screens provide more vibrant, bright and crisp images. William Cook, a volunteer at Homewood Church, said that the video walls have helped to improve their services by eliminating the struggle of trying to make the outdated technology function properly. Now they can focus on utilizing the screens to benefit their ministry.

Tom Savage, a five-year member of the church, shared that the old long-throw projector system washed out the graphics and made it difficult to watch videos because the images were so blurry. Now the new LED screens allow the congregation to enjoy clear, crisp graphics throughout the sanctuary. Homewood Church of Christ was even able to utilize the new screens to help with their Vacation Bible School (VBS) program. Because the videos were clear and easy to see, VBS leaders were able to keep children engaged throughout the service.